After a very strong winter, it is with great pleasure we announce our 2019 Drum Majors. Joanna Rocco will serve as our Lead Drum Major, and Mikaela Brown will serve as Assistant Drum Major. 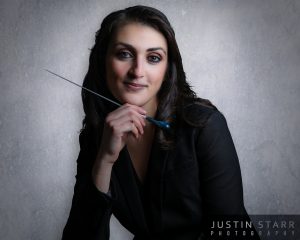 Joanna is currently a music teacher in the Hicksville Public Schools as well as the assistant marching band director.  In September, she is excited to begin teaching in the Roslyn School District teaching general music and chorus at Harbor Hill Elementary.

Joanna obtained a Masters Degree in Music Education with an emphasis in Instrumental Wind Conducting at Queens College Aaron Copland School of Music where she also served as the Assistant Conductor of the Symphonic Wind Ensemble.

Last year, Joanna had the opportunity to serve as a drum major for the Long Island Sunrisers where she studied under Josh Decker. 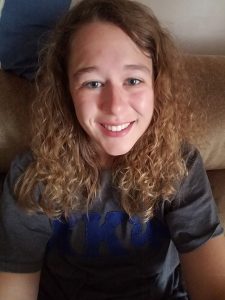 Mikaela is originally from Muncy, PA.  Throughout high school,  she was a very active part of her band program and participated in many PMEA festivals on her primary instrument, saxophone.
Mikaela graduated from Mansfield University, where she received a Bachelor of Music degree in Music Education with a minor in Mathematics.  During her time at Mansfield, she began marching with the Keystone Regiment,  where she played bass drum for 2 years.
She is currently the Band Director at Oxford Academy High School in Oxford, NY.
Please join us in welcoming both Joanna and Mikaela to the White Saber Family!